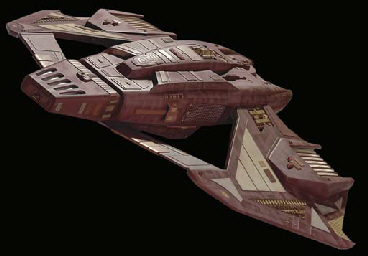 The Vidiian Warship is a small, fast starship used by the Vidiians to harvest organs from other species. Check out the starships page for more Vidiian starships, as well as starships from throughout trek lore.

The Vidiians – Plagued by the Phage

Not exactly the pretty boys of the Delta Quadrant.

The Vidiians are a tragic species in Star Trek. For millenia they were a peaceful people renowned for their art and philosophy. Then the plague-like disease, the Phage, began striking them. In short order, all the Vidiians would be afflicted with this disease, which besides slowly causing organ failure was also horribly disfiguring. In the historical blink of an eye, their culture transformed into one obsessed with reaching a cure for the Phage. Vidiians now explored the galaxy in ships like the Vidiian Battle Cruiser not to share their art and philosophy, but to harvest the healthy organs of those species compatible with their physiology, and always, always, searching for the ever elusive cure.

How would our own society react to a disease that was so terrible? Would we lose elements of our culture that make us who we are? The Vidiians eventually were cured, and their culture transformed back into what it was before the Phage struck. Would they ever really be able to forget the horrible things they did to reach that cure? Would we?